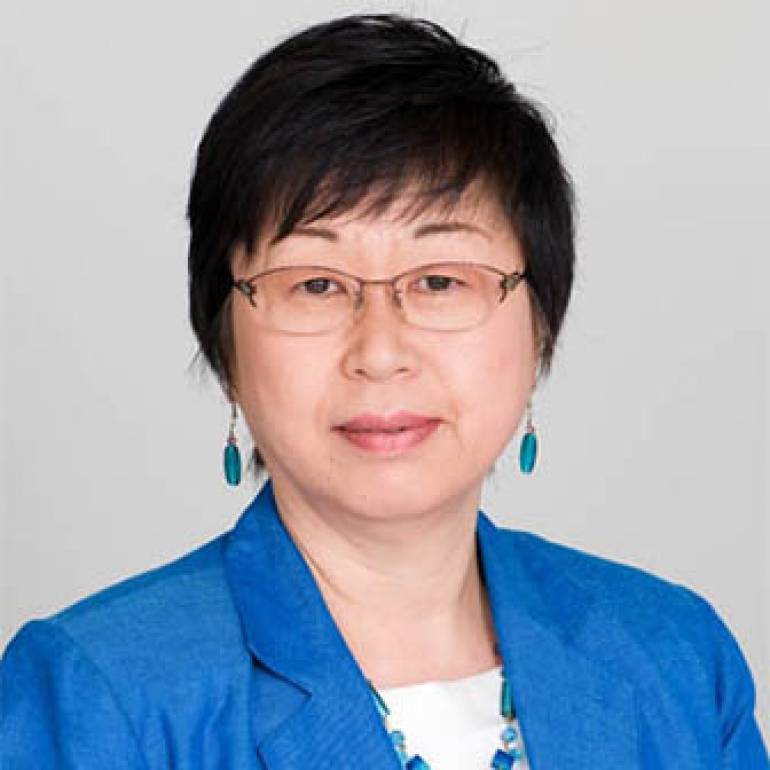 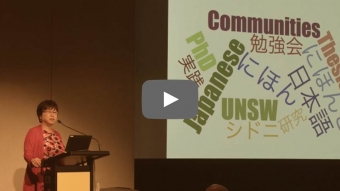 Postgraduate Research students, otherwise known as HDR (Higher Degree Research) students, are here at UNSW to be trained as future researchers and academics. Unlike undergraduate programs, which have been shaped into systematic and articulated processes with ample support for student campus life, HDR programs are largely dependent on each supervisor, only regulated by the yearly progression review process. This leaves some HDR students at a loss, especially in humanities disciplines in which traditional supervision practices have heavily depended on one-on-one consultation between students and their supervisors. Read full abstract.

Professor Thomson is a Professor of Japanese Studies in the School of Humanities and Languages in Arts & Social Sciences.

Chihiro is an internationally recognised educator and reseacher of Japanese language, having served as President of the Japanese Studies Association of Australia (2009-2011) and the Chair of the Board of the Global Network of Japanese Language Education (2007 - 2009 & 2012 - 2016), an alliance of Japanese language education associations in 11 countries and regions.

For her contribution to Japanese language education and postgraduate supervision in applied and educational Japanese linguistics, Chihiro has received a number of awards including, a Japanese Foreign Minister's Commendation (2016), Vice Chancellor's Awards for Teaching Excellence (2013/2017), a Commonwealth Government Citation for Outstanding Contribution to Student Learning (2012), Arts and Social Sciences Dean's Award for Excellence in Supervision (2014/2015), for Best SOLT Publication (2010) and many others.

Chihiro's teaching and supervision are based on her research into educational practice such as Communities of Practice and Sociocultural Approach to language learning and teaching. The highly reputed undergraduate Japanese program she leads at UNSW functions as a cluster of Communities of Practice, which network with each other and connect with the Japanese speaking community within Sydney and beyond. This offers our students opportunities to experience real-world usages of Japanese.

Title: Japanese as a Heritage and Emerging Language, Researching and Building Networks (2020)

Following my 2019 project on Japanese as a Heritage Language Speakers (JHLSs) and their support system, I continue working on the support for JHLSs but with a new perspective. I have formed an Australian network of academics from all states and territories and started a survey project to understand the learning and teaching environments and resources of what we now call Japanese as a Heritage and Emerging Language Speakers (JHELSs) with support from the Japan Foundation. I have also been engaged in the International Forum of JHLSs as an Australian representative. The new terminology is a working term while we search for a best description of the language which is not only heritage that is from the past or suggesting blood lineage to Japanese ancestry. The language actually is used in present everyday life in connecting variety of people to the future.

Plurilingualism, stemming from the work of the Councils of Europe, refers to an understanding that an individual holds multiple languages of varying degrees of proficiency and utilises them as resources in communicating with a variety of people in a variety of situations. Plurilingualism is different from Multilingualism which often refers to a society where multiple languages are available and used. The concept of Plurilingualism is useful in discussing JHELSs in Australia who have both English and Japanese of varying degrees of proficiency and can switch between the two languages as the needs arise. Their holistic language proficiency cannot and should not be compared with Japanese proficiency of Native Speakers of Japanese (NSJ) who grow up in Japan.

My work aims to support JHELSs in the following ways:

The International Forum is currently underway. I participate as an Australian representative with two other academics. Representatives from North America, South America, Europe, Asia, Australia and Japan created a video presentation each on their local issues on JHLSs. The videos were released online for public viewing. Based on the viewing, questions and comments were solicited and online response and discussion forums for each region are taking place. In fact, Australian response and discussion forum is happening this Sunday November 15th. After the forum, the final summative international forum will happen in December.

These series of events are a result of the new Japanese language promotion law enacted last year. The practitioners and researchers of JHLSs from all over the world who gathered in successful petition for the law continue working together. We are in sync with a view that we share similar issues and we can help each other by sharing ideas and working together. As a part of the international movement who support the JHLSs, I will continue to engage in international discussion.

The Australian Project has just started. I, as the leader of the project, will complete the national survey, produce a report, identify next research agenda which will yield not only research outcome but support mechanism for JHELSs.

Throughout the JHELS project, I maintain high profile both locally, nationally and internationally with the name of UNSW.  The Japan Foundation seminars are named and advertised as UNSW-Japan Foundation seminars. Incidentally this year I received the Outstanding Achievement Award from the Society for Teaching Japanese as a Foreign Language, the peak body in my field. Only one award is given annually, and the prestige is high. Here again the name UNSW increased its recognition value.

Australia ranks No.2 in the number of Japanese permanent residents in the world. Sydney also ranks No.2 as a city. This means a large number of JHELSs are being raised in Sydney and Australia and the large demand for efficient support for the healthy language development and well-being of these children. UNSW’s involvement is community engagement and contribution to the local Japanese community.

Postgraduate Workshop at the International Conference of Japanese Language Education

Introduction: UNSW postgrad students planned and delivered a PG workshop at the International Conference of Japanese Language Education (ICJLE) in Venice, Italy in August 2018. ICJLE is the most prominent international conference on Japanese language education which attracts participants from all over the world. ICJLE in Italy had about 700 participants. The PG workshop was attended by 32 PGs and 20 academics. PGs presented their 3-minute theses and received feedback, while 4 academics from Japan, Thailand, Sweden, and Italy shared their passages to their current academic positions.

PGs in the field of Japanese language and linguistics, other than those in Japan, are scattered around the world and it is unlikely for one institution to have multiple PGs in the same field. The PGs are often isolated. The PG workshop provided a venue for the PGs to get to know with each other and share their research to receive feedback. It also provided them with opportunities to think about their future by listening to the talks and chatting with academics from all over the world.

Theoretical Background: The Japanese studies program at UNSW hosts a vibrant Community of Practice (CoP) of its PG students, which has opened its door to PG students and their supervisors in the same field in other institutions. (ref. http://thebox.unsw.edu.au/video/scientia-education-academy-lecture-prof… ) Communities of Practice are a theoretical platform that enhances participatory learning by its members who share similar concerns and passion, through their regular interactions. The PG workshop is an attempt to extend our UNSW CoP into an international CoP network.

Aims: The first aim of the project is to enrich the life of PGs by offering opportunities to become members of the CoP network. By close association with like-minded PGs, they can enhance each other’s research and meet the needs for socialisation.

The second aim is to support the PGs in their pursuit for future careers by offering talks by academics from different regions.

The third aim is to offer a chance to our UNSW PGs to manage and host a PG Workshop at an international conference. They had to contact a variety of organisations, academics and other PGs to do this successfully, through the process they created a valuable network of key persons in the field, world-wide.

The PG workshop ran successfully with very positive feedback from the participants.

We invited those PG participants to our local but internationally connected via ZOOM PG Workshop in November, in which the ZOOM participants included PGs from Queensland, Tokyo, Vietnam, and Tonga.

We plan to run another PG Workshop in the next ICJLE in 2020 in Macau.

Postgraduate Research students, otherwise known as HDR (Higher Degree Research) students, are here at UNSW to be trained as future researchers and academics.

Unlike undergraduate programs, which have been shaped into systematic and articulated processes with ample support for student campus life, HDR programs are largely dependent on each supervisor, only regulated by the yearly progression review process. This leaves some HDR students at a loss, especially in humanities disciplines in which traditional supervision practices have heavily depended on one-on-one consultation between students and their supervisors.

In this talk, Prof Thomson introduced an alternative supervision practice model of the HDR Study Group, based on the concepts of Communities of Practice (CoP,Wenger 1998), and Boundary Crossing (e.g., Engestrom 2012), using her own practice of hosting a Japanese HDR study group and extending the activities of the group beyond the boundary of her discipline and UNSW. The model has worked well in supporting HDR students in the timely completion of their degrees as well as in offering quality HDR life. This practice has been recognised in the form of the Vice Chancellor’s Teaching Excellence Award in the category of HDR supervision in 2017.