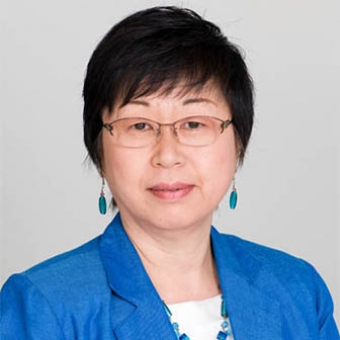 Professor Chihiro Kinoshita Thomson, an internationally recognised educator and researcher of Japanese Studies in the School of Humanities and Languages at UNSW has been awarded the highly commendable “2019 Society for Teaching Japanese as a Foreign Language Award”.

The Society for Teaching Japanese as a Foreign Language is the peak body in Professor Thomson’s field, based in Japan, with members from around the world joined in deepening the practice of Japanese language education and creating a rich learning environment through exchanging information and discoveries.

The award is granted to a recipient who has made outstanding achievements in the research and practice of Japanese language education and symbolises the expectation that the recipient will continue to be an active contributor in the future.

Professor Thomson has continually demonstrated educational excellence with her contribution to the development of next generation Japanese language educators through hosting training workshops nominated by postgraduate students themselves, and improving the social recognition of Japanese language education through establishing inter-related connections between countries, regions, educational institutions and generations.

Since joining UNSW in 1993 where she teaches the Japanese language and supervises postgraduate students in applied linguistics, pedagogy, and second language acquisition, Professor Thomson served strong leadership positions including the President of the Japanese Studies Association of Australia (2009 – 2011) and Australian Representative of the Global Network of Japanese Language Education (2004 – 2017).

Professor Thomson’s contributions throughout her professional journey have not gone unnoticed. She is one of the Inaugural UNSW Scientia Education Fellows and received numerous awards including a Japanese Foreign Minister's Commendation (2016), Vice Chancellor's Awards for Teaching Excellence (2013 & 2017), a Commonwealth Government Citation for Outstanding Contribution to Student Learning (2012) and many more.

Congratulations Professor Chihiro Kinoshita Thomson on your outstanding achievements in the development of Japanese language education! We look forward to supporting you through your next steps.

For more about the UNSW Scientia Education Academy here.